An Ethiopian legend tells of a young shepherd named Kaldi and his herd of goats, and how one day they unexpectedly came across a dozen little trees with many red cherries. They were not ordinary cherries, for when his herd ate these cherries they became exceptionally awake and lively. Even Kaldi tried the cherries and was very pleased with the fact that they gave him enough energy to watch his goats more carefully throughout the night.

Many people believe that Ethiopia is the birth place of the Arabica-coffee-tree. The tree grows best at heights of 1,200-1,800 meters. The main crop is from October to December.

The Yirgacheffe carries the name of its origin which lies in the southern portion of Ethiopia.

Cup: Ethiopian Yirgacheffe is unique in that its smell is very flowery and fruity which initializes its very distinct taste. Shortly after this aroma passes, the mild but full coffee aroma arrives accompanied by a few light fruity touches to the mouth.

There are no reviews yet. 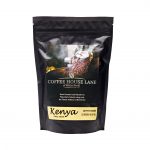 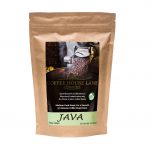